Could the UK be at the start of a mini-boom?

The fog of war is lifting from the UK 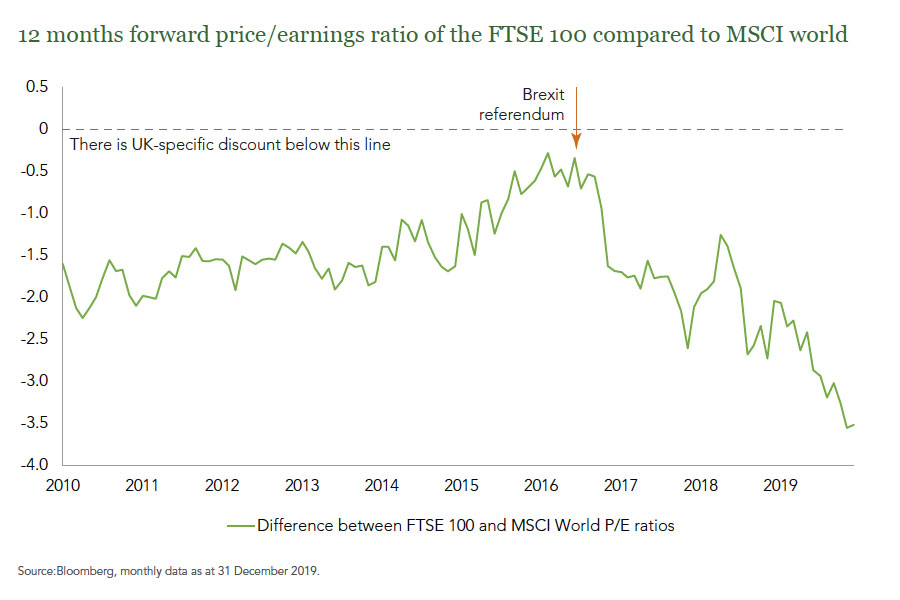 Ronald Reagan ran in 1984 with a famous TV commercial which started with the line 'It's morning in America'. This was to signify that the best was yet to come. We think there is a chance, just a chance, that the UK could also be at the start of an exciting period.

Let's start with where we have been. Five years of enormous uncertainty - Scottish Independence, Brexit and Corbyn, no wonder UK assets have traded at a wider and wider discount. The problems have seemed to snowball rather than fade away. We have a trifecta of discounts - Brexit, Woodford and size. From a global perspective, the UK was too small and too difficult.

Provocatively, we pose the question - has the UK gone from the 'too hard pile' for investors to the most compelling, coherent global macro and bottom-up equity story for 2020?

What would 'morning in Great Britain' look like? The fog of war is lifting, the stars are aligning. As someone wise once said, 'you make more money when things go from terrible to ok, than you do when they go from ok to good'.

From an economic perspective things look promising; employment at a record high, wages are rising, inflation is low, the UK misery index is at all-time lows. A new strong majority government has declared the UK open for business. The Corbyn risk has been vanquished for at least five years. Fiscal stimulus is promised in the March budget. Austerity is out of the window, the priority is to get the economy moving. Much investment has been held back - non-housing construction orders are at their lowest since records began in 19871. The combination of monetary and fiscal co-ordinated support, supplemented by structural reform, reminds us of Abenomics in Japan in 2012.

Brexit brinksmanship will continue, but a path to a compromise which will pass through Parliament is visible.

From a market perspective there are signs of the 'wall of money' ($1 trillion of private equity funds) coming for UK assets. Bids for Sophos, Greene King, Hansteen, Shire, Just Eat, Inmarsat, Entertainment One and Cobham are starting to look like a trend. I suggest the dealmaker mind-set has gone from 'no rush' to 'bid before someone else does'. Yet Morgan Stanley recently cited global institutional investors are near their lowest ever exposure to the UK. If they change their mind, I'm not sure who is going to sell to them? Hold tight. Flows into UK equities hit their highest level for five years in December 20192, but they have had several years of persistent outflows to make up for.

From a sentiment perspective - big business is sick of the uncertainty and keen to get on with things. After several years of sitting on their hands, I suspect there is pent up activity, animal spirits, waiting to be unleashed. Straight after the election the CBI survey of 300 manufacturing firms showed its biggest positive swing since 1958, with a similar picture visible in the widely reported Deloitte CFO survey of large businesses. Relative to the other major economic zones, the UK stock market suddenly offers a compelling combination of political certainty, rule of law, low valuations, pro-business policies and potentially burgeoning economic momentum. We have doubled our allocation since September.

If you would like to find out more about this topic, please email Duncan MacInnes, Investment Director at Ruffer - dmacinnnes@ruffer.co.uk