The trustees of four trusts, known as the Y, V, W and X Trusts (together the Trusts) approached the Jersey Royal Court (the Court) to seek its blessing in respect of a momentous decision to (i) exclude from the beneficial class the future spouses, widows and widowers of beneficiaries of the Trusts and (ii) to establish a separate trust in which spouses, widows and widowers would be included in the beneficial class. The Trusts had been subject to a history of litigation involving wider family members and it was in this context that the trustees of the Trusts (the Trustees) sought the Court's blessing for its decision to amend the terms of the Trusts to mitigate the risks of further litigation for the benefit of current and future beneficiaries.

Although the judgment is focused on the role of the Court in blessing a trustee's momentous decision, the judgment also clarifies the relevant considerations for a trustee when exercising a power of exclusion. Fundamentally, any trustee exercising a power of exclusion needs to have properly taken into consideration the interests of those being excluded, otherwise a decision to exclude is vulnerable to being struck down.

The judgment also highlights some of the practical difficulties for trustees and their legal advisers when seeking to "divorce proof" a trust structure against future claims by spouses of beneficiaries on any future divorce. In this case, the proposed steps to "divorce proof" the structure removed a large degree of the flexibility of the trusts to meet changing circumstances and crucially left a number of key questions unanswered. If trustees and their legal advisers are looking to protect a trust or trusts against the possibility of future divorce claims then the proposed structuring steps must be carefully considered and, if a blessing of the Court is sought to the momentous decision, then the full rationale for the structuring steps needs to be presented to the Court.

The amendments to the Trusts proposed by the Trustees were motivated by a desire to mitigate the risk to the Trusts of future litigation. It was considered that claims brought against the Trusts in the context of matrimonial litigation presented the greatest risk. The Trustees instructed English counsel (Counsel) to advise on steps proposed to protect the Trusts. The opinion provided by Counsel advised that future spouses should be irrevocably excluded from benefit under the Trusts and that the power to add beneficiaries to the Trusts should also be removed. This advice was provided with regard to the powers of English matrimonial courts and in particular with respect to the risk of an English court deeming the Trusts to be so called "nuptial settlements".

In addition to the exclusion of future spouses, widows and widowers, Counsel advised that an additional trust should be established under which such spouses, widows and widowers were not excluded from the beneficial class. The principle purpose of this separate trust was to set aside certain assets that could be used to satisfy pre-agreed nuptial agreements without bringing the initial Trusts within the scope of any potential matrimonial settlement. This separate trust was to be funded with a significantly lower financial value than the existing Trusts.

The Law - Blessing a Momentous Decision

The case of Representation of Otto Poon Trust [2015] JCA 109 sets out the well-established test for the Royal Court to follow when considering the blessing of a momentous decision. This test can be briefly summarised as requiring the Court to satisfy itself that:

The case of Otto Poon adopts the approach taken in England in accordance with the well-known test in Public Trustee v Cooper [2001] WTLR 90C.

In applying the test regarding the blessing of momentous decisions, the Court ultimately decided that by the proposed amendment to the Trusts (i) the Trustees would be acting in good faith; and (ii) the decision of the Trustees would not have been vitiated by any actual or potential conflict. However, the Court found that it was unable to satisfy itself that the decision was one that a reasonable trustee properly instructed could have reached and declined to bless the momentous decision.

In reaching their decision the Court highlighted that they did not consider there was sufficient detail as to how the separate trust from which the spouses, widows and widowers could benefit would operate. In particular, the Court highlighted that the separate trust would have to be held indefinitely pending an event (ie a potential matrimonial claim) which may never occur. In these circumstances it was not clear how existing family members could benefit from the trust given that the rationale for the trust was to meet claims arising from a divorce which may never materialise. The Court also noted that widows and widowers of potentially happy marriages that had produced children would also be excluded from benefit. The Court was not clear as to what threat of litigation such persons posed. The Court also noted that if D and E declined to enter into pre-nuptial agreements and did not have children then the entirety of the trust fund could pass to charity. The Court considered that the risk of potential claims from spouses, widows and widowers to be too remote to justify their exclusion from the Trusts.

Taking into account all these issues the Court felt sufficiently uncomfortable with what was proposed to be in doubt as to its "propriety" and declined to bless the Trustees' decision.

In its judgment, the Court indicated that it felt no need to depart from the test for blessing momentous decisions as set out in Otto Poon. In particular, the Court highlighted that a potential fourth requirement – that the trustee must also prove in detail that it has given proper consideration to the matter under scrutiny – was considered and rejected in Otto Poon. The Court in this case noted that this potential fourth requirement did not form part of the test for blessing momentous decisions and did not consider this test further.

That being said, the Court felt it was unable to satisfy itself that the proposed amendment was one that a reasonable trustee properly instructed could have reached. This has typically been seen as a relatively low threshold in the past although in this case the Court stated in its judgment that it was "left sufficiently uncomfortable with what is proposed to be in doubt as to its propriety". This was deemed sufficient for the Court to decline to bless the decision.

The word "propriety" has a number of meanings but used in this context our view is that the Court had serious reservations as to the appropriateness or suitability of the proposal when looked at as a whole. Fundamentally the proposal lacked rightness or justness towards those beneficiaries being excluded.

The lesson for trustees is to think through fully and carefully any structuring proposal before asking the Court to bless it  – if the grounds for the proposal are flawed or raise material unanswered questions then trustees may struggle to obtain the Court's blessing on the grounds that the proposal is not one that a reasonable trustee properly instructed could have reached.

In relation to the exclusion of beneficiaries from a beneficial class, this case demonstrates that the Court will be unwilling to support the exclusion of beneficiaries where it is considered that their interests have not been properly taken into account. In this case, the potential beneficiaries being excluded (ie the spouses, widows and widowers of family members) were either unascertained or unborn. On the issue of exclusion of a beneficiary, the Court referred again to the Otto Poon judgment which confirmed that where the interests of those excluded have not been properly taken into account, a decision to exclude can be struck down.

In addition, the Court emphasised that the risk that the potential beneficiaries being excluded posed to the Trusts was remote on the basis that not all marriages of beneficiaries will pose a threat to the Trusts. In particular, the Court highlighted in its judgment that the proposed exclusion of spouses, widows and widowers only benefitted the remaining beneficiaries to the extent that claims against the Trusts actually arose from the breakdown of marriages. As such the relevance of this risk was not considered significant enough to justify the exclusion of potential beneficiaries. When seeking to exclude persons from a beneficial class on the basis of the risk they pose to the wider class it is therefore evident that trustees will need to be confident that the risk posed is real and sufficiently imminent.

The decision clarifies the jurisdiction of the Court to bless a decision of momentous character by a trustee. The three limb test in Otto Poon, which adopts a similar approach to Public Trustee v Cooper, was approved.

On the second limb of the test, namely ensuring that "..the decision is one which a reasonable trustee properly instructed could have reached", trustees need to ensure that the rationale for the proposal is fully thought through. There should not be material questions on the proposal which remain unanswered. A reasonable trustee properly instructed will be expected to have fully considered the overall rationale of the proposal. To the extent the rationale is flawed or there remain material questions unanswered then the Court has made it clear that it may decline to bless the proposal.

On exercise of the power of exclusion trustees need to consider the interests of those excluded. Although not cited in this case, we note that in the case of Re C Trust [2012] JRC 086B, the Court found "that a power to exclude beneficiaries (effectively a decision to amend the Trust) is a power to be used sparingly and in exceptional circumstances". It is therefore important that the Trustees consider carefully when taking such steps.

From a structuring perspective, the judgment highlights the difficulty of trying to hardwire into trusts overly restrictive provisions designed to protect the trust assets against future claims in divorce (if any). Clearly steps can be taken here to mitigate risk but such steps need to be proportionate to the specific circumstances and not overly prescriptive. It is usually key that a degree of flexibility is maintained to allow a trust to meet changing circumstances. 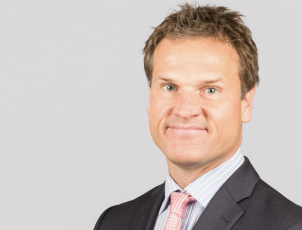 James Campbell is a partner in Ogier's Jersey Private Wealth team and has extensive experience advising professional trustees, family offices, intermediaries and high-net worth families (both internationally and locally) on all aspects of Jersey trusts, foundations and estate planning together with all related company and commercial law issues. He frequently advises on the establishment, ongoing operation and restructuring of both private and commercial trusts. He has a particular focus on the drafting of trust instruments, supplemental trust deeds and the establishment and use of private trust companies. 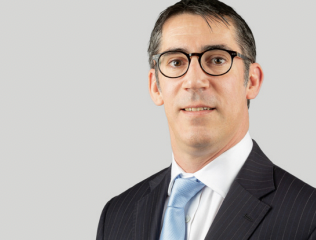 A partner in Ogier's Jersey Dispute Resolution team, Damian Evans specialises in all aspects of dispute resolution and insolvency with a particular emphasis on contentious and non-contentious trust cases. He has been involved in some of the most advanced trust litigation in Jersey as well as being regularly engaged in applications concerning the blessing of momentous trustee decisions, rectification, mistake and ratification. 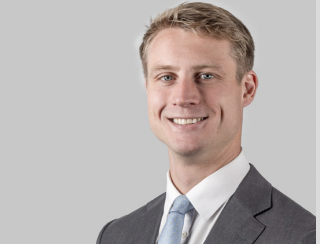 George Yates is an associate in Ogier's Jersey Private Wealth team and specialises in non-contentious trust and fiduciary law and advises on a wide range of private client issues, including cross-border estate, succession and trust planning for a variety of professional trustees, family offices and high net worth individuals.