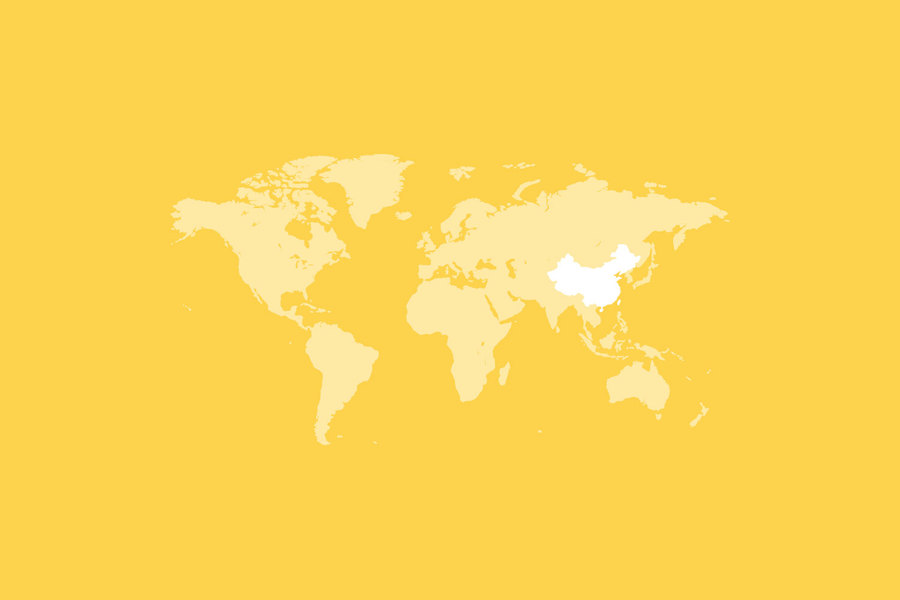 The rise of the Chinese economy in recent decades has seen the country approach what many international observers believe is "superpower" status alongside the United States of America. GDP has risen every year without exception since 1977 and under the leadership of a government which describes itself as practising "socialism with Chinese characteristics", the country now has over 150,000 HNWIs with assets worth between $10-$50m, over 11,000 with assets of $50m-$100m, over 6,000 with assets of $100 to $500m, and over 700 with assets in excess of $500m.

Despite this run of success, Chinese HNWIs are applying for foreign citizenship in greater numbers than before to safeguard their wealth from government-led asset seizures and to "escape a perceived harsher environment for private entrepreneurs at home", according to China Macro Economy reporter He Huifeng. However, in this environment of general concern and uncertainty, many Chinese HNWIs may not currently perceive a greater threat to their wealth - their spouses and family members.

Ruben Sinha highlights that "matrimonial disputes and family litigation are becoming far more international in nature…very often now we'll be dealing with families who have connections, assets, and interests often around the world. This in itself raises a range of issues when litigation starts." In Ruben's experience, "(with) the sorts of internationally mobile families that we're dealing with, when a relationship breaks down, one or both of the parties will often find that he or she is in a position to start divorce proceedings in any number of different jurisdictions. "There's a big difference in terms of financial outcome, depending on where a couple divorce. As a result, we're seeing far more wealthy clients 'forum shopping' and often litigating to secure the jurisdiction which will be financially most advantageous for them''.

''This is particularly relevant for international Chinese families who perhaps have connections both in the PRC and to Hong Kong. For the financially weaker spouse, there are significant advantages to securing jurisdiction in Hong Kong. The courts there will as a starting point take all assets - wherever they are in the world and regardless of who built them up and when they were acquired - into account and, also, can award maintenance orders often for very lengthy periods of time. Conversely, across the border in the PRC, the courts generally won't take into account assets outside China or pre-acquired and gifted wealth. Similarly, maintenance orders aren't generally made''.

This has led to a situation where "the financially weaker spouse will often be rushing to file proceedings in Hong Kong in an attempt to secure jurisdiction there. It's not that difficult to secure jurisdiction in Hong Kong. For example, it is possible for a party to secure jurisdiction if he or she (or their spouse) has a substantial connection to Hong Kong. So if there are business interests that the family may have in Hong Kong or they spend time there or they have a home in the region, that may be sufficient to start proceedings there. This often comes as a surprise to many wealthy international families. As a result, we're increasingly seeing intra PRC Hong Kong forum disputes. The difference in terms of outcome can be many, many millions of pounds, so wealthy families will often take a commercial view and decide they're prepared to litigate these issues at the outset of a case''.

"Families and their other professional advisors are slowly tuning into the fact that divorce is, putting it bluntly, arguably the single biggest threat to family wealth. As result, they are looking at ways to mitigate that exposure and asset protection in this context has moved up the agenda''. Pre- and post-nuptial agreements have, as a result, "really taken off, particularly in Asia in the last few years". These agreements are recognised and enforceable in China. Currently, pre- and post-nuptials agreements are not automatically binding in Hong Kong. There is still sometimes a bit of a misconception that these agreements are not that useful or won't prove effective in the event of a divorce in Hong Kong. That isn't the case. If a prenup is entered into freely and with a proper understanding of its terms and, broadly speaking, those terms are fair, then the parties will likely be held to the terms of the agreement. The law is developing in this area and is really in a state of flux at the moment. I expect the use of these agreements - particularly as part of wider wealth and succession planning - will become more and more commonplace and the traffic in Asia is very much moving in that direction''. According to Ruben, "there's a lot of litigation at the moment around existing agreements and the enforceability of them. Given the kind of wealth which is at stake in the region, I suspect this is a trend that's set to continue and increase over the coming years."

Wealth disputes are often caused by one or both of the following factors: first, imprecise drafting of the relevant contractual documentation and second, a belief that a beneficiary is in some way being disadvantaged by an agreement. The dispute is then handled via arbitration or through the courts and it is subject to the prevailing law in the applicable jurisdiction. Where assets are held around the world and the case is being heard in China, it gets a lot more complicated. On that subject, Callum McNeil shared his insights on the emergence of cooperation between jurisdictions on private wealth disputes. He stated that recently, "for the first time, a decision of the PRC courts (was) recognised by the British Virgin Islands Court. And that was a matter that I was very, very pleased to be involved in as (no one) in my firm can find a prior decision of the PRC courts being enforced at common law in the British Virgin Islands (BVI).

"We had an individual who had been arrested and subjected to compulsory measures who had guaranteed vast sums to a PRC bank. The bank had sued in the PRC all the way through to the Court of Appeal and they had in hand a certificate stating from the Court of Appeal, the final court in the PRC, stating that this was the final judgement and it could not be revisited. "And with that document and we sued on common law in the BVI and succeeded in obtaining a judgement against that individual. It was an important one because we're trying to get BVI judgements recognized in the PRC as well. This is reciprocity issue - PRC judges are more likely to recognize BVI decisions if the vice versa is true…(and) that has happened.

"Working with our friends and colleagues in the onshore and mid-shore jurisdictions were typically finding ways that we can maximise our clients ability to recover their position to make themselves whole, using the tools that are available to them in the jurisdictions that are relevant. What we find is that we can do a number of different things where we have some proceedings in Hong Kong, insolvency is a good context and parallel proceedings in the Caribbean jurisdiction so that the courts are cooperating together to getting the value of whatever assets might be out there and satisfy creditors. Typically, it's not a competition between jurisdictions, it's really a tool bag and finding in that bag the tools that are necessary to be applied in each of the jurisdictions to see how we can really leverage the position for our respective clients and get the jurisdictions to work together. And I'm happy to say they do it together frequently."

The pandemic and Chinese history

An Kelles, Hong Kong-based business development director for Greater China at Jersey Finance, told Fund Selector Asia that nearly 80% of wealth managers indicated that their Chinese clients need to be educated about the newer wealth management solutions including company management, tax planning, and estate and wealth transfer. According to Chris Burton and Sherrie Dai of Vistra, the focus of wealth managers in China is on medium-term growth "while longer term plans for wealth disposition to the next generation are often overlooked…In China, there is a further complication as conversations around mortality are not culturally de rigueur so the issue is difficult to table for discussion (within families and with wealth managers". This lack of clarity and transparency invites private wealth disputes although now, for 44% of clients, "wealth preservation" and "wealth inheritance" are now their top priorities. The family office sector in China is in its infancy, and given current HNW concerns over the governance of the Chinese Communist Party, off-shore trusts in overseas jurisdictions like Singapore, Jersey, Guernsey, the BVI, and so on are becoming more and more popular.

Another factor inviting disputes is that, according to Lefan Gong of Zhong Lun Law Firm when speaking to Hubbis, "individuals do not segregate their wealth, mixing company assets, personal assets and family assets together for convenience and tax avoidance reasons. This asset mixing proves detrimental when cash flows dry up and creditors beckon. If personal assets need to be forfeited to satisfy any creditor claims, families may be left with no assets whatsoever." This is again beginning to change as the wealth management sector grows in the country. Ruben Sinha told the panel that, "the pandemic has, over the last few months, really brought into sharp focus issues around mortality. An appreciation by families has developed that things can go wrong and nobody really knows what's around the corner.

"Increasingly in this space, families are looking to stress test or divorce proof, both new and existing structures, again, particularly in my experience, trusts. A lot of that work is being done now at the outset. "So in the context of succession wide wealth planning strategies, a lot of the advice and work that we're doing there, again, is looking at front loading and looking at the potential risks, exposure, lines of attack in the event, for example, a beneficiary divorces and really how to shut those down from a structural perspective. It could be looking at creating separate or sub trusts, sub funds, careful consideration and allocation of robust firewall legislation." When drafting strategies, wealth managers are increasingly considering the objections which may come from family members "in a matrimonial context".

Ruben Sinha continued, "I think it's worth bearing in mind that these strategies are not just there to deal with quantum and asset division in terms of who will get what in the event of a divorce but also can be usefully used to deal with the plethora of other issues that tend to cause and give rise to disputes in the event of a divorce." In order to reduce exposure to potential legal proceedings Sinha goes on to say "We're including clauses in these agreements dealing with how a family would like these sorts of disputes to be dealt with. And increasingly, clients are looking at other forms of dispute resolution. So whether that's mediation or arbitration, which are now rarely seen, certainly to wealthy families, particularly those with a profile, alternative processes which deal with these sorts of disputes are becoming more frequently utilised. And I expect that, you know, again, that's a trend that's very much set to continue in terms of sort of PR and reputational management."

In the next article on this series, the panel discuss private wealth disputes with relation to the role of trusts and trustees, international sanctions, and defending the value of client assets when under attack from third parties.